The ‘Thanking Trump’ video series is both a monument for journalism in the harsh COVID-19 and Trump era, and a visual timeline of the coronavirus measures.

In my edit of the press briefings live streams by President Trump, I have reduced his message to the “thank you” addressed to the correspondents. In the 23 minutes prior to this greeting we see the expansion of the “tremendous distance between chairs” and the number of journalist shrinking over time. If it wasn’t for the corona, this could well be mistaken as metaphorical for the tense relation between President Trump and the press.

Cutting out the actual speech leaves us with the theatrical setting of an empty stage, getting dressed up with a cardboard facade of flags and columns. The main role is now played by the crowd of reporters, photographers, videographers, sound engineers etc. patiently waiting for hours for yet another act. I have re-composed the dialogues and erased all the “fake news” rhetoric or browbeating to give room to a word of appreciation by President Trump to the remaining audience:

“Thank you very much. Appreciate everybody being here.” 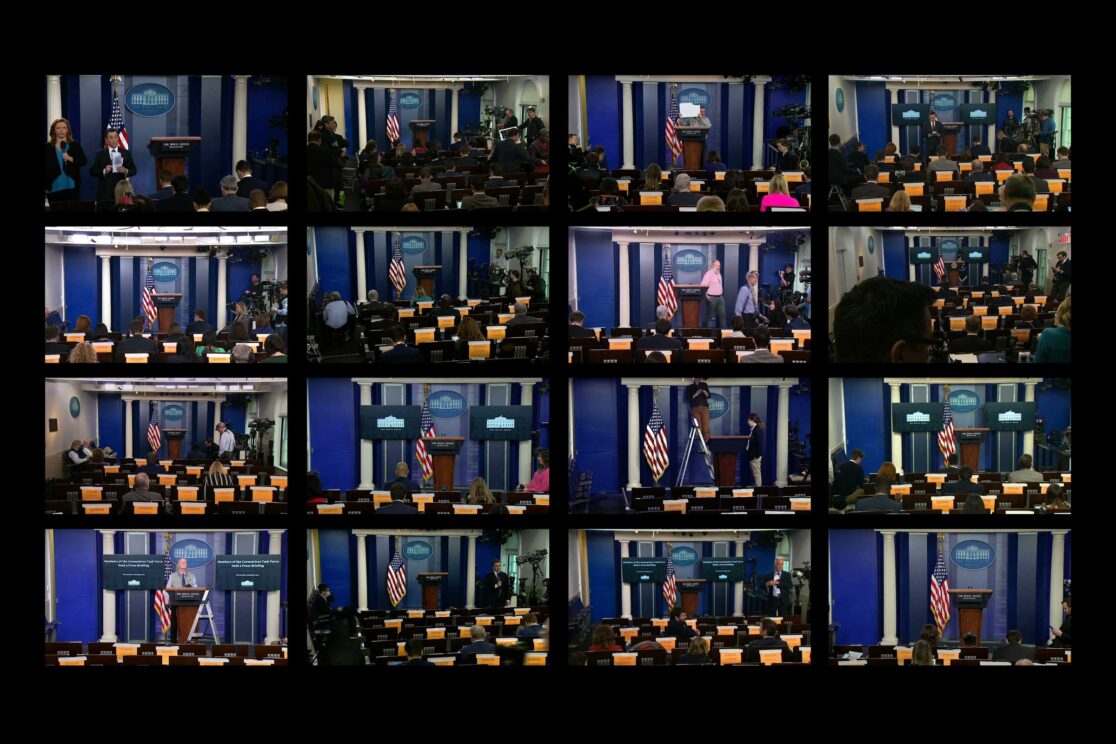 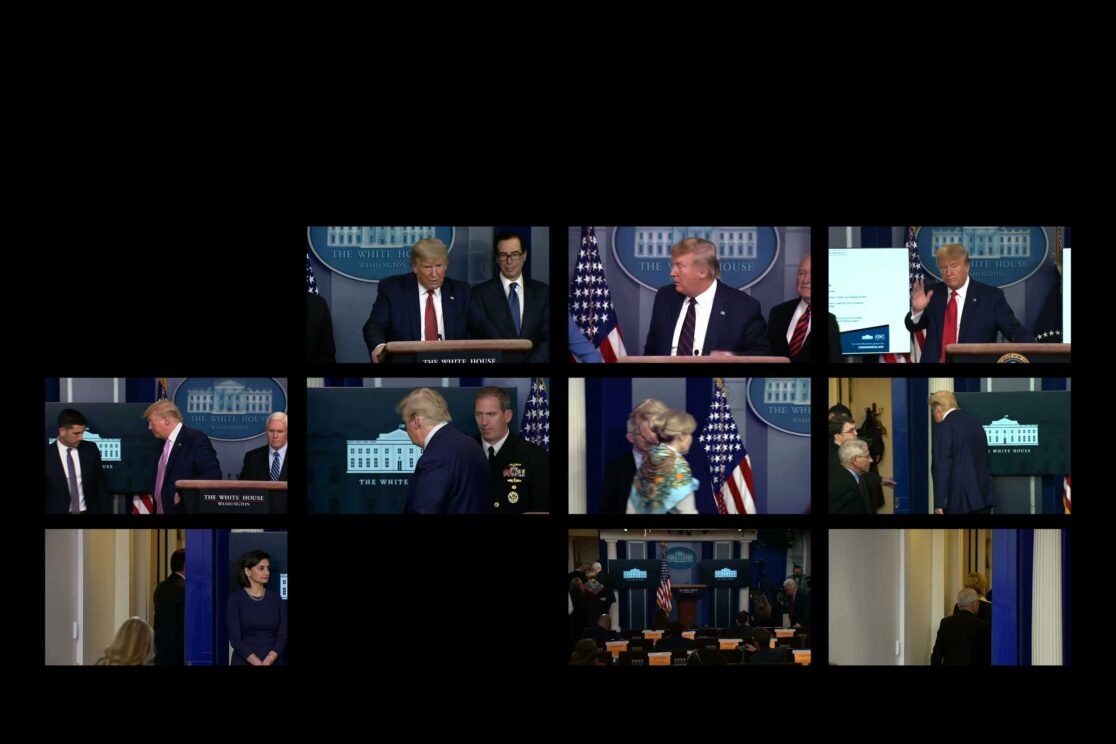 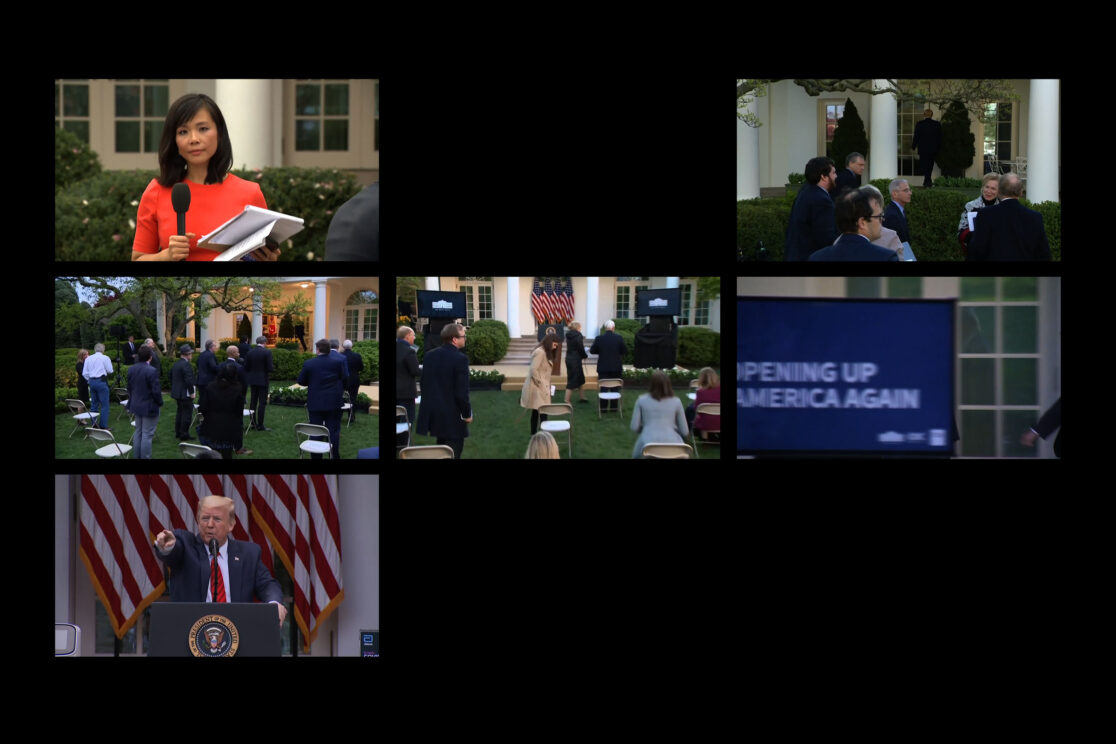 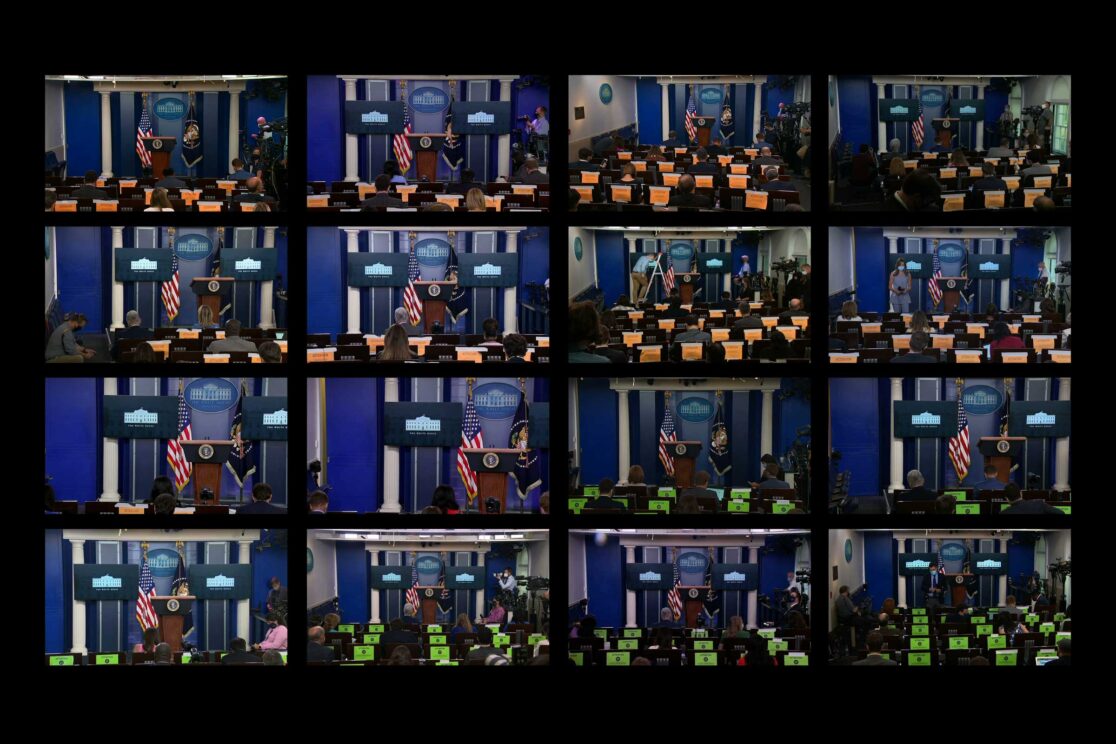